THE CAMPAIGN: THE RIDE

The Ride was an experiential-social-content driven campaign which saw Sailor Jerry film the building of a chopper from scratch and take to the road visiting rock and roll destinations across the UK. A convoy of millennial influencers were recruited to join The Ride and use their social influence to push engagement and generate buzz around each experiential event.

Thumbstoppers created a bespoke social content format which housed the video content in an immersive Sailor Jerry experience. We collected advocacy generated by influencers on The Ride and pushed it to paid media building buzz around the next stop on the Journey. The format was housed on VICE.com and seeded across the VICE influencer network. 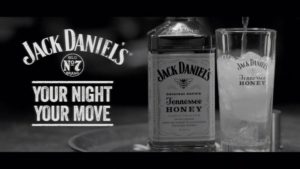 We are building for tomorrow because tomorrow is the future and we want to make a contribution to the wonderful digital age that is awaiting us.